I wrote “The Child, the Primitive, and the Medieval: Making Medieval Heroes in the Late Nineteenth and Early Twentieth Centuries” in an attempt to answer the questions, why would people think that stories of King Arthur or Beowulf or Robin Hood or stories written by Chaucer were appropriate for children? Why did late Victorian and early twentieth-century writers turn to medieval stories in such numbers to translate and adapt medieval tales for young readers?

I was glad to contribute the essay to the festschrift for George Clark* titled The Hero Recovered: Essays on Medieval Heroism in Honor of George Clark, edited by Robin Waugh and James Weldon, and published by Medieval Institute Publications in 2010. But as an expensive scholarly book, The Hero Recovered has limited circulation, and so I am posting a pdf of my essay here for anyone interested in the subject of children’s literature and medievalism.

My essay focuses on the period between approximately 1875 and 1914 which saw many publications for young readers featuring King Arthur, Beowulf, King Alfred and other medieval heroes. Although children had been given medieval folktales, myths, and legends to read before this time — usually in drastically reduced, inexpensive chapbook versions — these tales were not generally seen as meriting serious attention. Samuel Johnson’s attitude in the 18th century is typical when he comments on the Middle Ages: “at the time when very wild and improbable tales were well received, the people were in a barbarous state, and so on the footing of children” (see essay, p. 210). In other words, the idea of an uncivilized, child-like medieval era has a long history.

…at the time when very wild and improbable tales were well received, the people were in a barbarous state, and so on the footing of children.

What changed in the 19th century, however, was the value and interest that the medieval period held for scholars and general readers. In my essay, I discuss how imperial interests and racial politics, along with the study of national origins in Indo-European languages and in evolutionary anthropology, combine to create a widespread interest in the idea of progress from medieval and/or primitive origins. The evolutionary theory that ontogeny recapitulates phylogeny (i.e. the stages of development in the individual recapitulate or repeat phylogeny, the states of evolutionary development of the human) meant that children could stand in for cultural “primitives” as objects of study. Andrew Lang in his series of fairy tale books did much to popularize this notion of the child as a representative of an earlier stage of human development.

The children to whom and for whom [fairy tales] are told represent the young age of man.

To illustrate how a child could represent the evolutionary progress of a nation, I comment on a serialized story, “Progress of the British Boy: Past and Present,”  published in the periodical Boys of the Empire in 1888. The illustration accompanying the article wasn’t published with my essay, so I provide it here:

…as the ‘boy is the father of the man,’ it may not be amiss to draw the attention of our young readers to the boyhood, if we may so term it, of England…

As I state in my essay: “These children’s periodicals, schoolbooks, and anthologies demonstrate a conflation of ideas about the child and the medieval through a primitivist and evolutionary discourse, which often determined the kind of reading material that would be given to children” (218).  You can read the entire essay if you’re interested in the details of my discussion and in my examples of various texts. I’ll just reprint here part of my concluding paragraph:

…one may well question what effect the persistent association of the child and the primitive with the medieval has had on the contemporary status of medieval literature. Even today, if someone were to ask for stories of King Arthur or Robin Hood, it is likely that most people would assume that simple children’s stories or at least stories that appealed to adolescent tastes were being requested — in other words, literature that is not as complex or as serious as that typically defined as modern, adult literature. Medievalists, of course, know better, but in order to understand clearly how medieval studies developed to this point, it is important to recognize the conflation of the child, the primitive, and the medieval in the disciplinary formations of the nineteenth and early twentieth centuries. That intersection is perhaps most evident to us when we examine the particular kind of medieval hero presented to us in texts from this time, an exemplar of the nation and the race, who reveals to us quite sharply the primitivist and evolutionary foundations on which he was constructed.

You can download the pdf here: “The Child, the Primitive, and the Medieval: Making Medieval Heroes in the Nineteenth and Early Twentieth Centuries” 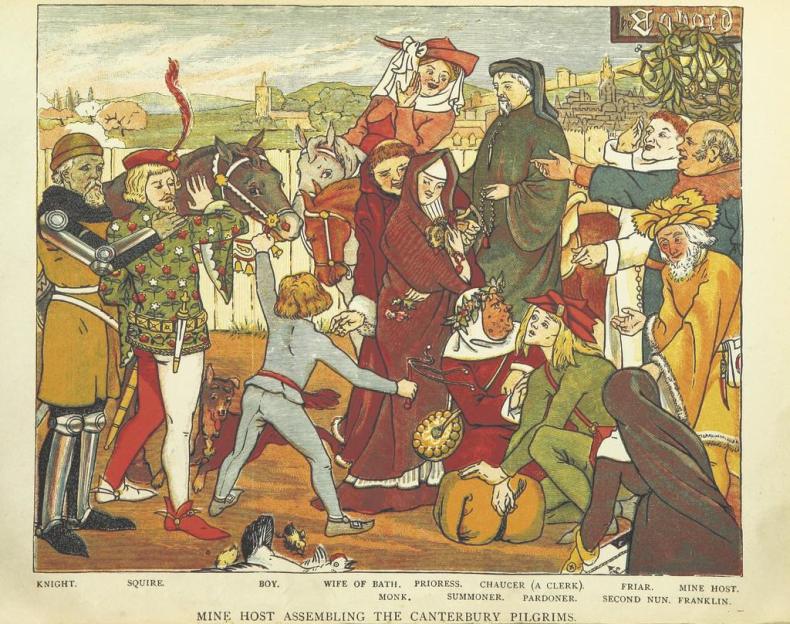 *Medievalists will know George Clark mainly from his work on the Old English poems The Battle of Maldon and Beowulf. Tolkienists might recognize him as the author of “J.R.R. Tolkien and the True Hero” published in the book that he co-edited with Daniel Timmons, J.R.R. Tolkien and his Literary Resonances, Greenwood Press. The Hero Recovered includes an interview conducted by Daniel Timmons with George Clark on heroism in Tolkien’s work and in Old Norse literature.

View the table of contents of The Hero Recovered [pdf].